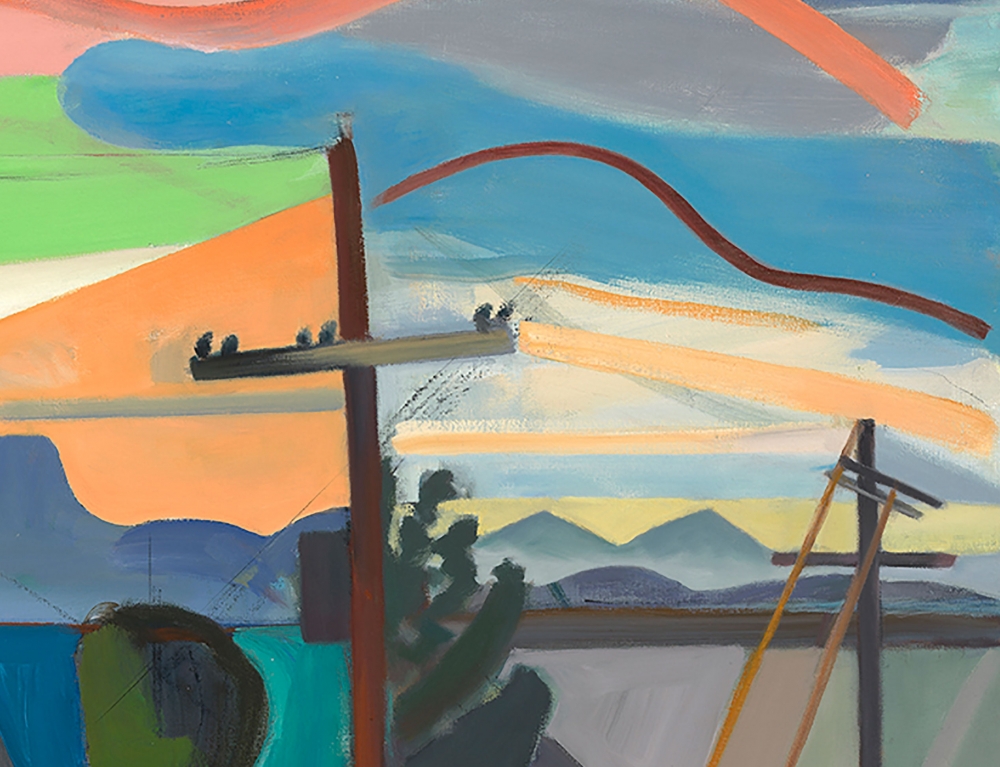 Painting from nature is nearly as old as the hills. For years, Alex Katz was the most prominent keeper of its flame, but other devotees have lately come into clearer view — Mr. Katz’s contemporary, the great Lois Dodd, for one. In addition, younger painters like Maureen Gallace and the even younger Daniel Heidkamp and Aliza Nisenbaum have wholeheartedly or partly followed suit. Painting from various forms of life has become a thing — as they say — in the hipper reaches of the contemporary art world.

So what better time to survey the underappreciated achievement of Martha Armstrong, a plein-air painter in her mid-70s who trained at Smith College and the Rhode Island School of Design and has worked for years in relative obscurity. Since 1988, she has had eight solo shows, including this one, at the noticeably unhip Bowery Gallery, an artists’ co-op founded in 1969.

Ms. Armstrong is the suave disciplinarian of a muscular style. She stacks blocky shapes of color that describe one landscape — a hill with some woods and a shack — visible from the window of her Vermont studio that may be her Mont Sainte-Victoire. But her shapes also maintain a nearly sculptural independence, hovering slightly above the image, just beyond legibility. At once improvisational and carefully carpentered, these paintings explode toward the eye, like nature on first sight, at its most welcoming and irrepressible.

They wear their devotions on their sleeves — Cézanne, Fauvism, Cubism, Arthur Dove — but their internal bigness, blockiness and electric spontaneity are quite their own, as are their exuberant parsings of orange, red, green and brown tones.

Ms. Armstrong, who regularly visits Arizona, may have found an actual stand-in for Mont Sainte-Victoire in Safford Peak of the Tucson Mountains, justly nicknamed Sombrero Peak. Here, the tilted stackings of her hillside give way to a more horizontal jumble that in at least one treatment is further disrupted by big zigzags of gray in the foreground — like clouds too full of themselves. In more ways than one, this is an inspiring show.

A version of this article appears in print on Sept. 25, 2015, on Page C23 of the New York edition with the headline: Review: Martha Armstrong’s Nature Scenes at Bowery Gallery. Order Reprints | Today’s Paper | Sub